Since skin has always been a bit of a challenge for me, I thought I would do two figures that forced me to work on this issue.

To that end I have painted two barbarian figures. The male is from Red Box Games, sculpted by Tre Manor.  The other figure is a female from Bombshell Babes, sculpted by Patrick Keith. 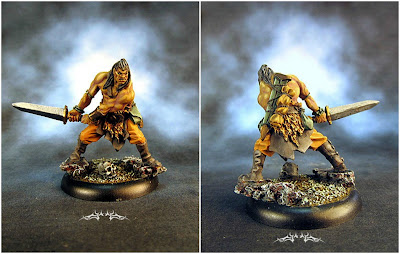 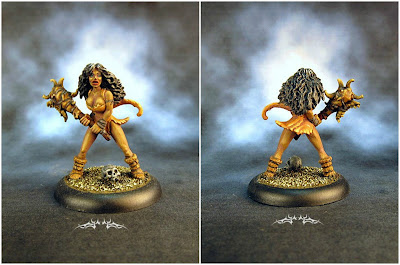 To produce the skin tones I used a mixture of the Reaper Olive Skin triad.  For the shading I added purple to the midtone. To produce the highlights, I used increasing amounts of yellow.